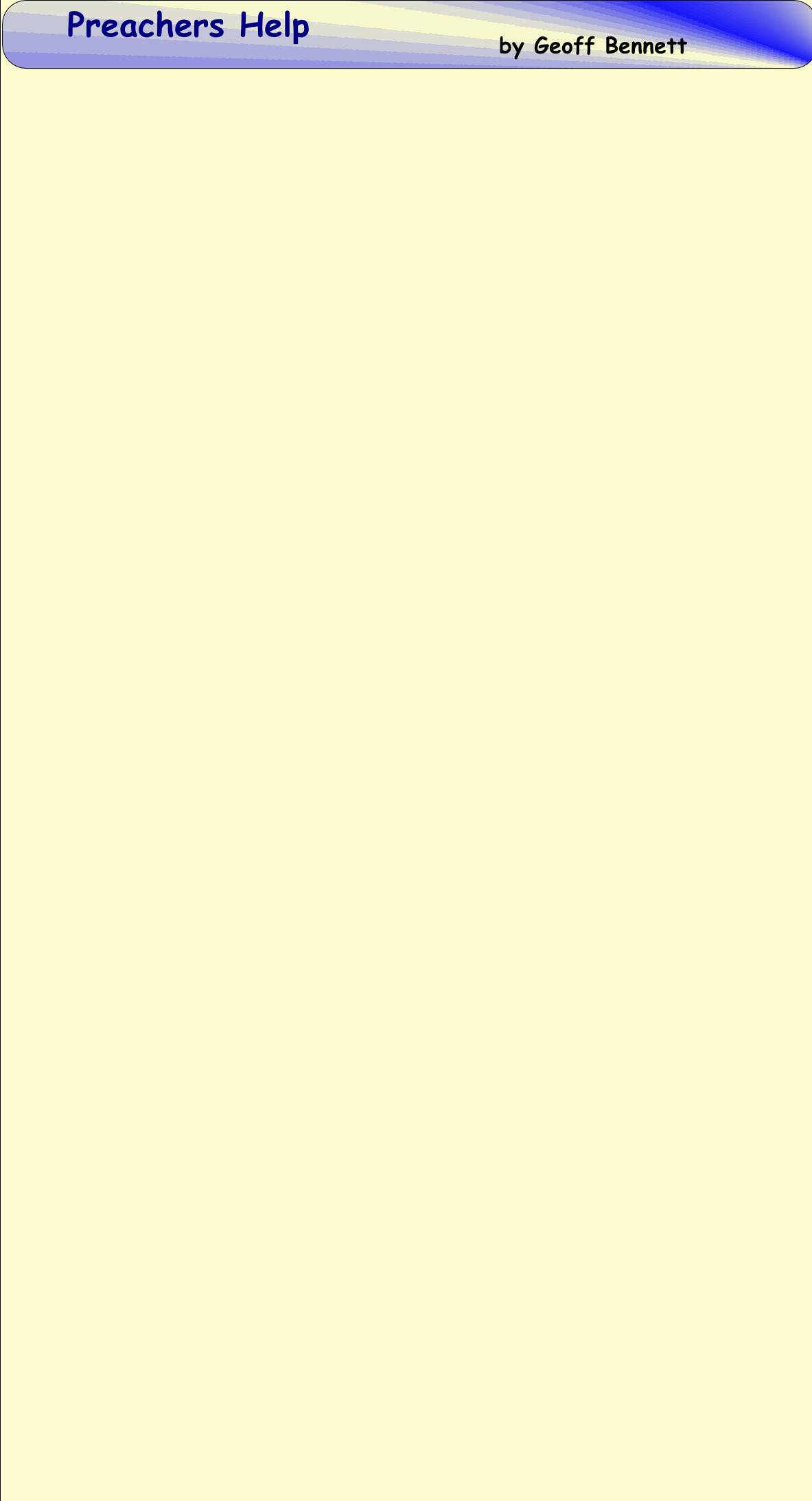 James J. O’Reilly in “Your Life” writes. “After seeing a pile of new books about how to succeed in marriage and avoid divorce, I asked my ninety-year old Grannie how she and Grandad ever managed without such valuable helps. She looked scornfully at me and held out her Bible.”

On Bible Focus we have been hearing about  how the Bible came to us. We traced the origin of writing and saw how the Bible was written down and faithfully copied. We saw how both the Old and New Testaments were accepted. Then we had a brief look at the English Bible and the great effect this had on the country.

But what is it that makes the Bible unique? That makes it the best selling book of all time. That makes it still a book that men and women risk their lives to smuggle into countries where it is not welcome.

It is what we call Inspiration and Inerrancy, that, what we have is God’s word to mankind. God is a God of revelation and He has chosen to reveal Himself to us.

Of all the doctrines of the Christian faith there is none more important than the one that has to do with the basis of our religious knowledge. The root question for any Christian is “Where do you get your information from?” The answer is quite simple - the Bible.

God has revealed Himself in two ways. One we call natural revelation and the other special revelation. We read about natural revelation in the book of Romans chapter 1 verses 18-20 “For the wrath of God is revealed from heaven against all ungodliness and unrighteousness of men, who by their unrighteousness suppress the truth. For what can be known about God is plain to them, because God has shown it to them. For his invisible attributes namely his eternal power and divine nature have been clearly seen ever since the creation of the world, in the things that have been made so they are without excuse.”

But, and it’s a big but, no one can really know God through natural revelation. We can look at nature and see all the wonders of creation but it does not lead us to salvation. That is why we need a special revelation and that is the whole of the Word of God which has as its central theme in a person. Let’s hear John 1:18 “No one has ever seen God; the only God who is at the Father’s side, he has made him known.” Who is the “he” here? It is Jesus Christ - the Word of God. John 1:1 reads “In the beginning was the Word and the Word was with God and the Word was God.” Jesus is God’s special revelation. Hebrews chapter 1:1-2 “Long ago, at many times and in many ways God spoke to our fathers by the prophets but in these last days he has spoken to us by his son, who he appointed the heir of all things, through whom also he created the world.”

Now what about inspiration? What did God do? Did He dictate every single word to the writers - there were about 40 of them and wrote over a period of 1,500 years.

What do we mean by the Bible being God inspired? Let’s start with 2 Timothy 3:16

All Scripture is breathed out by God and profitable for teaching, for reproof, for correction and for training in righteousness.” That is from the English Standard Version and possibly the best translation of 2 Timothy 3:16. If you look in the King James Bible of 1611 the verse begins “All Scripture is given by inspiration of God”

No matter how much you love the King James Version that is a bad translation - and I’ll explain why.

The word translated  “inspired” is in the Greek Theopneustos. That is two words put together. Theo, which is God and pneaustos which means breath or spirit. So the ESV is correct in “breathed out by God”

I’d like to quote an American theologian of the early part of the last century - B. B. Warfield - he says “The Greek term has nothing to say of inspiring or of inspiration; it speaks of ‘spiring’ or ‘spiration’. What it says of Scripture is, not that it is breathed into by God or that it is the product of the Divine ‘inbreathing’ into its human authors, but that it is breathed out by God”

Let me couple this with 2 Peter 1:21 “For no prophecy was ever produced by the will of man, but men spoke from God as they were carried along by the Holy Spirit.”  Did you notice the word ‘carried’? Luke used this word for a sailing vessel being carried along by the wind in Acts 27:15 &17.

Scripture did not come because someone decided to write about some religious ideas. Rather the scriptural writers experienced a special working of the Holy Spirit. There was a kind of gale blowing them along. Michael Eaton says “If this is the origin of Scripture we are doubly obligated to ponder its words, word by word, line by line, chapter by chapter - until the message of the Scriptures arises like the morning dawn in our hearts.”

This kind of inspiration we call Plenary which means complete. What God breathed out was complete. The message is clear and plain - yet parts of the Bible do not contain perfect truth. Take for instance the 3 friends of Job who come to him after his calamity. They sit with him 7 days and then start to talk to him to try and persuade him that he is in the wrong. What they say is not true, they have a flawed ideas of God and of how God works. So much so that at the end of the book God speaks to them and says this - Job 42:7 “After the Lord had spoken these words to Job, the Lord said to Eliphaz the Temanite ‘ My anger burns against you and against your two friends, for you have not spoken of me what is right, as my servant Job has.”

Just a brief word on inerrancy. What we mean by this is that the Bible communicates religious truth and not error. The Bible is not a handbook on science or chemistry, astronomy, philosophy, medicine etc but when it speaks on these matters it does not lie. You see the Bible cannot teach 2 + 2 = 5 nor that Julius Caesar was the Roman Emperor at the time of Jesus birth.

If we dismiss the inerrancy of the Bible we suffer loss. The church loses missionary outreach, the congregation can be lulled to sleep, belief is undermined and this leads to apostasy.

Friends accept the Bible as it is God’s word - God’s revelation to you and me. It is progressive and unfolding in character, we see more and more light until the full revelation arrives in the person of Jesus Christ.

The Bible will always be under attack because people do not like its message. It shows them up for what they are - sinners and out of touch with God and all things right and good. No wonder the Bible is called a mirror like mentioned in James chapter 1:23-25 “For if anyone is a hearer of the word and not a doer, he is like a man who looks intently at his natural face in a mirror. For he looks at himself and goes away and at once forgets what he is like. But the one who looks into the perfect law, the law of liberty and perseveres, being no hearer who forgets but a doer who acts, he will be blessed in his doing.”

To look into the mirror of the Word of God involves an obligation. One must look intently, seriously. This look is the key to spiritual strength and continued maturity. The word of ‘looks intently into’ literally means ‘to stoop down’ And that friends, is the best position. To place ourselves under the authority of the Word of God. May the Lord help you and bless you as you study His word.