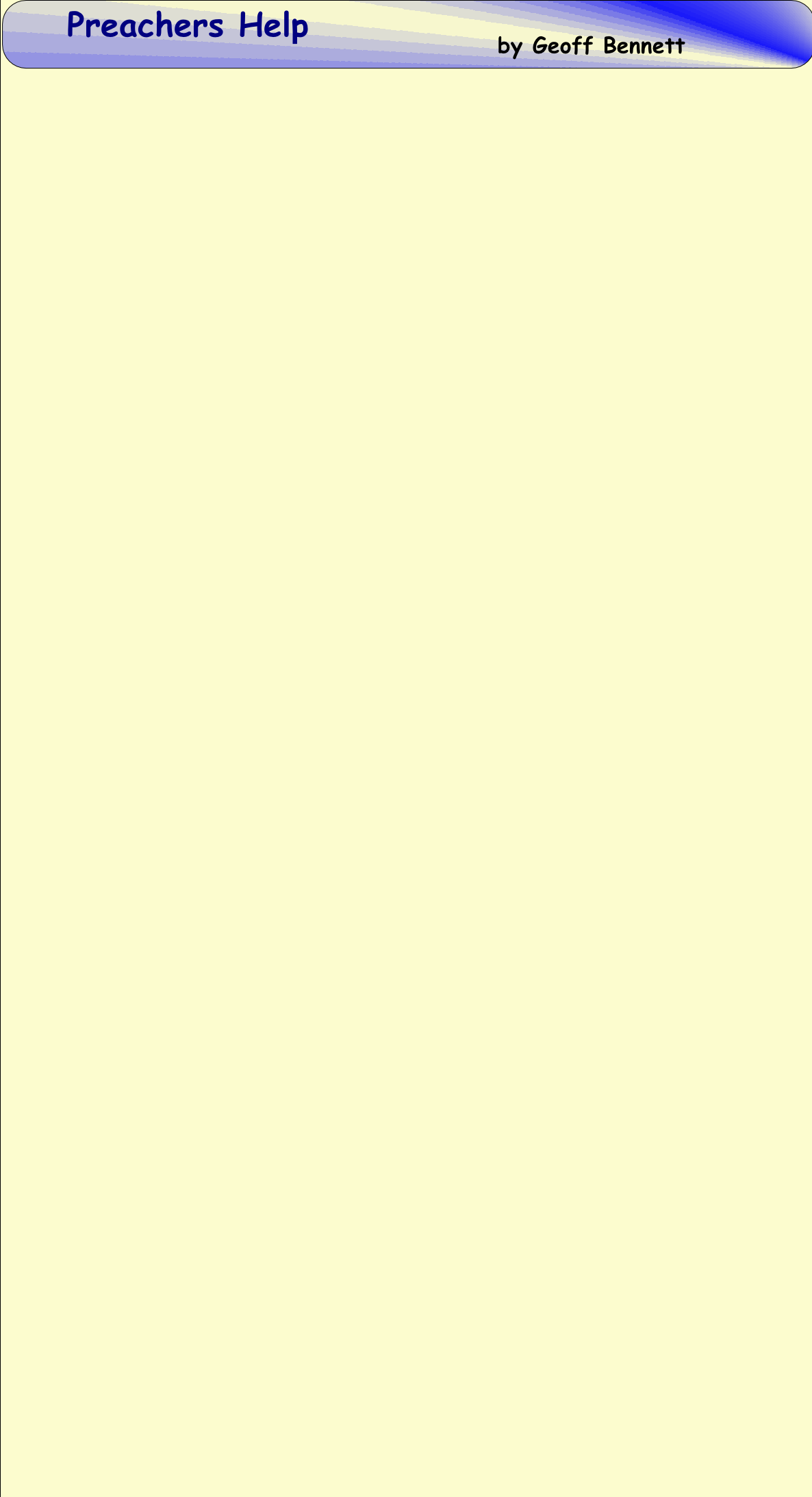 A father asked his son “Why were you kept in at school?” The son replied “I didn’t know where the Azores were” Father said “In future, just remember where you put things” And what the father knew about the Azores is more than many know of what God’s Book teaches about vital things.

Hello there, this week on Bible Focus we are looking at the origin of the Bible. We have seen that man could write from a very early point in history. We heard how the ancient Egyptian languages of Hieroglyphics and Demotic were translated.

Now here is another fascinating story this time it is Cuneiform - the ancient Babylonian writing. When specimens began arriving in Europe scholars doubted this was a language and thought it to be decoration. A man called Grotefend was the first to explain it was a language and in 1802 read three proper names of kings.

But it was the British representative in Baghdad Major (later General) Sir Henry Rawlinson  who - at great peril to himself succeeded - in 1835 in copying the Bilingual Text of King Darius which was cut on a high cliff at Behistun, out in the middle of desert plain. The inscription by the way was 1,700 feet up the cliff. There were three languages Persian, Elamite and Babylonian all written in cuneiform.

Two years later an Irish clergyman Edward Hincks made great advances in that he discovered cuneiform was not an alphabet language and by 1857 fixed 252 wedges.

That year a Mr Fox-Talbot was very sceptical of all this and suggested an unknown text be given to Rawlinson, Hincks and a man named Oppert and himself. They would work independently and submit their findings to the Royal Asiatic Society. You have probably guessed the outcome. All four translations were identical. Cuneiform had been mastered.

So ancient writings had been understood. The ones I have mentioned are not Bible languages but they do help the archaeologists in their work.

What about our Bible? First I think it would be good to look at the Canon. I know it’s  a big gun and an office within the Church of England but it has another meaning especially for the Bible. In Hebrew canon means a reed. In Greek it means a rod.

It came to mean a straight rod, measure or a ruler. Today the word means the accepted 66 books of the Bible. The rule of faith.

But modern scholars give it a different use, they want to have a canon within a canon. Here is their question “Is the Bible God’s Word? OR is there God’s Word in the Bible?” Friends this is a most dangerous error.

I love the quotation from C.S. Lewis in his little book ‘Of Fern Seeds and Elephants.’

He is talking about modern Bible scholars and says “They are so clever that they can read between the lines, the problem is, they cannot read the lines”

We have no clear knowledge of how the Old Testament canon was formed. The Jews have always accepted their Scriptures as inspired by God. The formation of the Old Testament was long and complicated. All we have is Jewish tradition and the writings of Josephus the great Jewish historian. It is generally accepted that Ezra - the chap in the Bible book and his associates, known as the men of the great synagogue, collected the books that were available and edited them. What they had available was the Torah, the law, the first five books of Moses, the Prophets which included the Psalms. The Old Testament is divided into three sections. The Law, the Prophets and the Writings. Let’s hear Luke 24:44 “Then he said to them ‘ these are my words that I spoke to you while I was still with you that everything written about me in the Law of Moses and the Prophets and the Psalms must be fulfilled.”

The prophets in the Hebrew Bible are divided into two parts, the former and latter prophets. The former being Joshua, Judges, Samuel and Kings, the latter being Isaiah, Jeremiah, Ezekiel and the Minor Prophets. Thus making 8 books in all.

The writings which Jesus called the Psalms are - Psalms themselves, Proverbs, Job, Song of Solomon, Ruth, Lamentations, Ecclesiastes, Esther, Daniel, Ezra/Nehemiah and Chronicles making 11 books in all. So that is 5 from the law, 8 from the prophets and 11 from the Writings. Now if my maths are correct that is 24.

Hold on! you say, we have 39!  So something is not right. To make matters worse let me tell you that Josephus in his list of Old Testament books has only 22.

Well like most things there is an explanation. Josephus puts together Judges and Ruth into one book and Jeremiah with Lamentations. So that is the 24. But what about the 39? Well, we have 1 and 2 Samuel, 1 and 2 Kings, etc. We have 12 minor Prophets. So when you count them all up it comes to 39. So, no problem! The Hebrew Old Testament is just the same as our Old Testament today. Praise the Lord for that!.

Can we rely on the Old Testament? Yes we can. In the oldest and best manuscripts of the Old Testament there is on every page beside the text which is arranged in two columns - various lines of writing at the top and below the main text. - that is known as the Great Massorah. Also there is writing down the left margin, the middle and right margins this is known as the Small Massorah. The word massorah means to deliver something from one hand to another, so as to commit it to trust. Hence the name is given to the smaller writing because it contains information necessary to those into whose trust the sacred Scriptures were committed, so it could be copied and handled correctly. The text itself had been fixed long before the Massorites were put in charge of it - this was the work of the Sopherim which means to count. They worked under Ezra and Nehemiah, they worked with the copyist and counted the letters of the text to make sure no mistakes were made. Amazing - now how do we know the text has not changed? Well in 1947 an Arab boy discovered some clay jars in caves above Qumran near the Dead Sea in Israel. The jars were full of scrolls and among them were many Old Testament books. The best was that of Isaiah the prophet. When this was translated it was word for word the same as the Massoretic text but it was 1,000 years older. Now that is doubly amazing.

Perhaps I ought to mention the Apocrypha. In some denominations they have it included in their Bible. It is in the Roman Catholic Bible. This is the name given to 14 books which were written during the inter-testament period. That is the 400 years between Malachi and Matthew. Some are in Hebrew and some in Aramaic - the language that originated in Babylon during the exile of the Jews. It is a bit of Babylonian and a bit of Hebrew. It became the language of Palestine at the time of Jesus.

Now these apocryphal books never really belonged to the canon of Scripture. No one knows where they came from. They were included in the Greek version of the Old Testament made in Alexandria about 245 BC. Also Jerome put them in the Latin Vulgate translation but he himself never accepted them.

Why do we not accept them? Well - they do not have that ‘divine ring’ about them. They contain many historical errors and some myth. But the main thing is they contain teaching that conflicts with the Old Testament.

So today we have an Old Testament that is accurate and reliable - we have to have it because it tells of the expected Messiah which the New Testament is all about. But more of that next time.