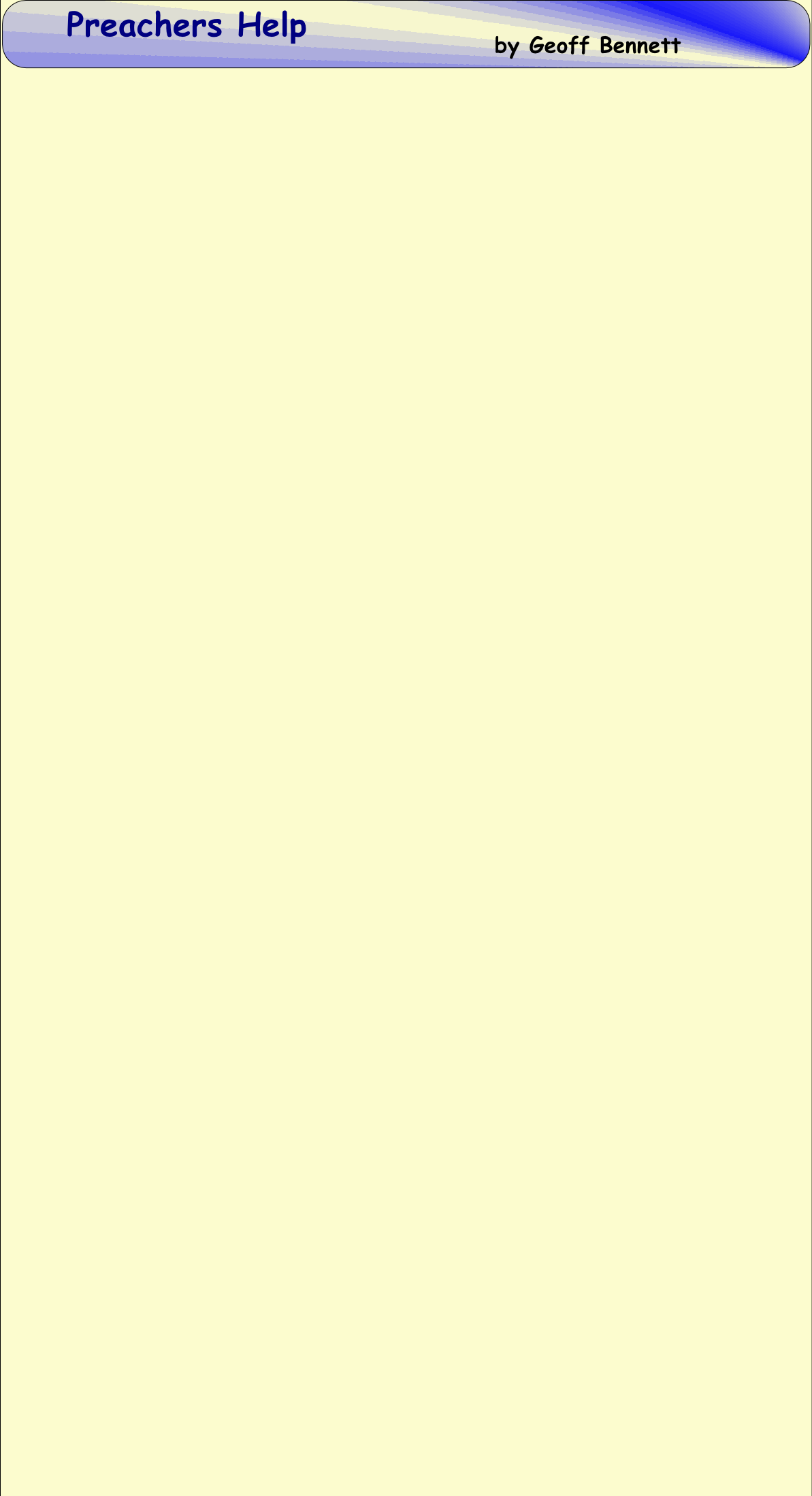 The New Testament Greek word is PROPHETEIA. It signifies the speaking forth of the mind and counsel of God.

In the New Testament it is used of

Some Old Testament prophecy is purely predictive, prophecy is not necessarily Fore-telling the future. Yet there are over 300 prophecies relating to the Messiah - Christ.

It is the declaration of that which cannot be known by natural means. Matthew 26:28 is the forth-telling of the will of God whether with reference to the past, present or the future. (W.E. Vine)

This is not a basic Bible word but is the doctrine of the Fall of Man from a position of fellowship with God to one of spiritual separation from God. The fall was through Adam & Eve our first parents. (Genesis chapter 3) Sin entered the human race through this couple and passed on to all. We are sinners by nature and by desire. The following verses from the New Testament show how sin affects all mankind. - Romans 3:21; 5:15; 5:17-19; 1 Corinthians 15:22.

The Bible word for sin is the noun HARMARTIA. The verb is HAMARTANEIN - to sin

The original meaning is “Missing the mark,”  like someone throwing a spear at an object and missing it. Hamartia does not describe a definite act of sin; it describes the state of sin, from which the acts come. Here are some highlights from the New testament about sin:-

It is because of sin that Christ came. See Redemption below.

The doctrine of Christ being raised from the dead on the third day.Also can refer to the doctine of the resurrection of all mankind at the end of the age but here it refers to Christ Himself.

The great chapter here is 1 Corinthians 15, here evidence is presented that Christ Himself did in fact rise from the dead. He was seen not only  by the Apostles but “by over 500 brothers at the same time.” (Verse 6)

This doctrine is fundamental to the Christian doctrine, if this is not true then the Bible is not true.

All four gospels give at least one quarter to the crucifixion and resurrection of Christ.

It is said there is more literal evidence that “Jesus rose from the dead than that William the Conqueror ever set foot in England.” (Anon)

Means the act of changing one’s mind. Of turning about. Think of an Army squad drilling and the sergeant shouts “About turn” they all to a man turn round and start marching in the opposite direction.

Repentance is not just a once and for all act but a continues act throughout one’s Christian life.

Like ruin this is not a Bible word but describes the great act of the new birth John 3. It describes the supernatural birth of a child of God through God;s Holy Spirit.

“Regeneration is not the whole of salvation and should not be seen as an end in self.” (James Montgomery Boice - Foundations of the Christian Faith)

See John 1:12-13; James 1:18. John 3:3 makes it clear that unless this happens to a person they cannot enter the kingdom of God. As Boice says “Rebirth is a metaphor for the initial step in salvation.”  The new testament teaches that “All are in Adam,” 1 Corinthians 15:22 so we need to move our spiritual position “Into Christ,”  It is the new birth that describes this act.

The doctrine that Jesus Christ will return to this earth as He promised John 14:1-3.

Unfortunately this doctrine has caused great division in the

church where people get more interested in the ‘timetable - as if the Bible gives a clear one - rather than the truth of Christ’s return.

As Warren Wiersbe says “The second coming is not a doctrine to debate but a truth to live by.” It carries the idea that holding this doctrine will preserve the life and keep it clean for the coming King.

The noun SOTERIA means Salvation and the verb SOZEIN means to save.

In the classics the noun means deliverance or preservation. It can also carry the meaning of guaranteeing safety or security against danger.

The New Testament gives it a special meaning. As withy most Greek words that are from the classical Greek the Holy Spirit changes them slightly to make them distinctive in Christ.

The oldest uses in the New testament are:-

But its basic meaning to us is spiritual

As William Barclay says “The New Testament cannot be emptied of the conception of judgment. That conception is fundamental to it. Jesus Christ did something. God did something which freed men from the wrath of injured holiness and transgressed justice. In Jesus Christ something happened which put a man into a relationship with God.”

The word comes from the Greek TUPOS which simply means a type, figure of pattern.

The root meaning is from TUP - seen and TUTO - to strike. So it could be the mark or a blow or impress of a seal or a die stamp.

The book of Hebrews is the place to look for types as the writer quotes many types from the Old Testament that are a type of Christ and heaven.

Types are always in the Old testament and their Anti-types are in the New Testament.