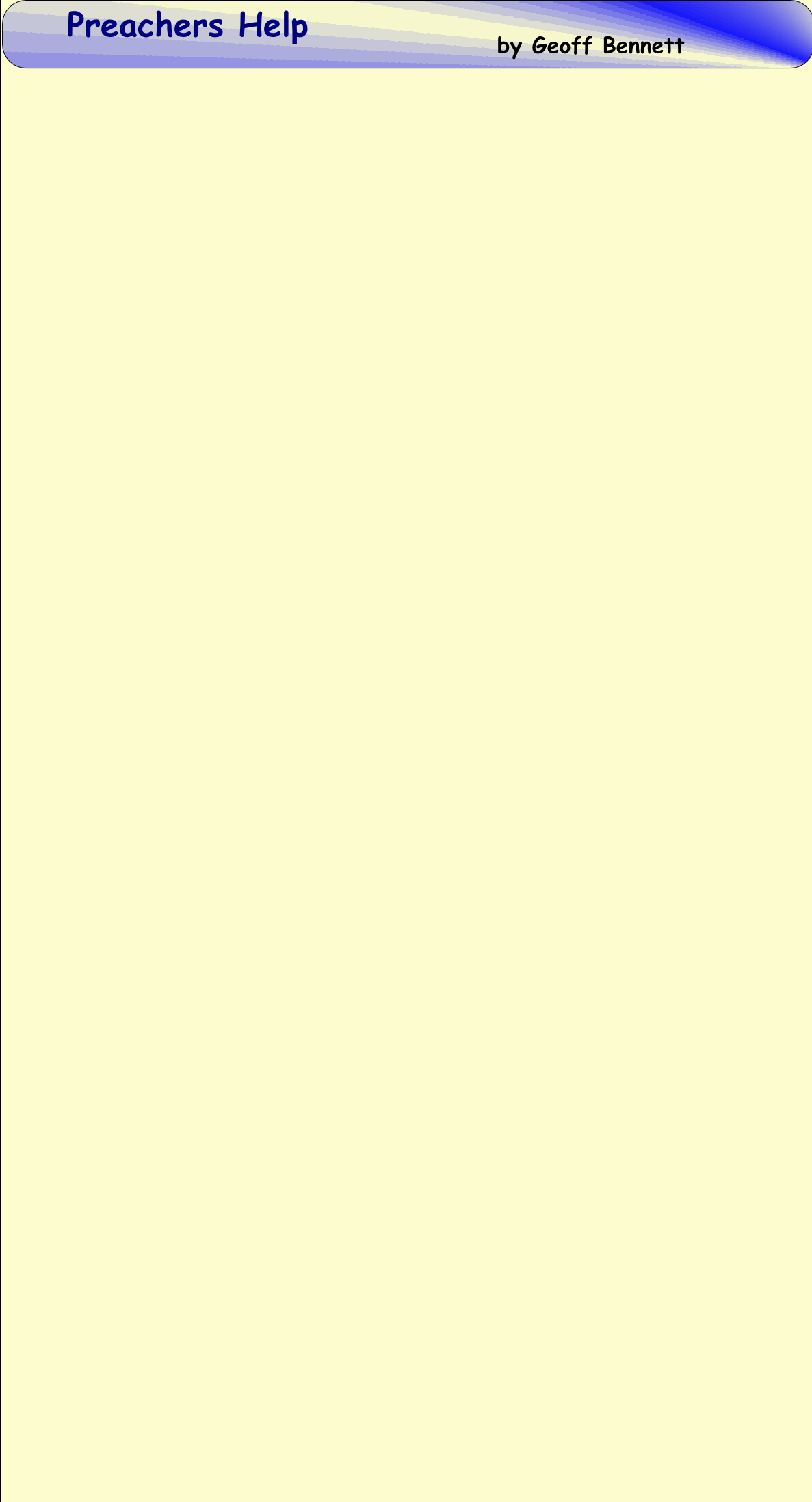 In this week’s Bible Focus we are focusing on how the Bible came to us. We have looked at the Old Testament - now for the New Testament - written in Koine or common Greek with just a few Aramaic words.

The New Testament was completed by the end of the first Century AD. It is thought to have been written between 40 and 96 AD and like the Old Testament it falls into three parts.

First - The words of Jesus, then the writings of the Apostles and third the writings of other Christian leaders - men like Luke, James and Jude. As Christianity began to spread copies of these documents were made. As is quite human, at the same time, other books began to appear containing false teaching and so it became imperative to distinguish between the genuine and the false. Now how do you do this?

The first criterion was - were they written by real apostles, or did they contain genuine apostolic and Spirit inspired teaching even when composed by others? Gradually the genuine were separated from the false. For some time there was uncertainty about James, 2 Peter, 2 & 3 John, Hebrews and Revelation. Some Christian leaders called them the disputed books, whilst the other books were called - acknowledged books.

But little by little the 27 books that make up our New Testament were accepted. In 367 AD Athanasius who was Bishop of Alexandria in Egypt, wrote an Easter letter mentioning all 27 books. But the final acceptance took place at two church councils one in Hippo in 393AD and the other in Carthage in 397 AD. Both of these cities are in North Africa and both were chaired by Augustine of Hippo, a very famous church leader of the day.

About the same time Jerome finished his Latin translation of the New Testament which he called Verio Vulgate or ‘Today’s Common version’. This also contained the 27 books.

There are many today who say that the church determined the New Testament - in other words it was man made - but there is far more to it than that. Over the 400 years following the death and resurrection of the Lord Jesus some books were readily accepted, but others more slowly. The true criterion was Inspiration. The inspiration of the book is supported by their intrinsic content. Also their inspiration may be corroborated by their moral effect - they change lives. No other books can make this claim.

You see the historic testimony of the Christian church will show what was placed on these books even though the church did not cause them to be inspired or become canonical.

A tree in winter is not much to look at but in the spring it soon establishes its true character. This is not on the authority of some expert gardener or panel of specialist but by its own evidence.

Dr. George Salmon in his Introduction to the New Testament says “The Scriptures by their own weight crushed out of all existence their rivals.”

Well over one hundred years ago Voltaire declared that there would not be a copy of the Bible on earth in a hundred years. Well - Voltaire is dead and few know the date of his death. Today the Geneva Bible Society is using the very printing press on which his infidel prophecy was issued. Today there are hundreds of millions of copies of the Bible in circulation - changing people’s lives and blessing them.

Well that is brief look at how the Bible came to us in its original tongues of Hebrew, Greek and a little Aramaic. But what about the English Bible?  The Bible I assume you read because you’re listening to an English broadcast.

No one knows how Christianity first came to these English shores but the chances are it was by a Roman soldier. It could have been a civilian because we know there was trade between the Mediterranean and Cornwall. We do know that Tetullian - one of the early church leaders wrote “Parts of Britain were inaccessible to the Romans but have yielded to Christ.”

As far as is known the first attempt to translate the Bible into the pre-runner of English - Anglo Saxon was done in the 7th Century by an untutored man named Caedmon, later he got some education. He had a vision of God and was inspired to paraphrase certain parts of the Bible into blank verse. There is a cross at Whitby in North Yorkshire to his memory.

Next we have the Venerable Bede who lived first in Jarrow then on the island of Lindisfarne off the coast of Northumberland. He translated the Psalms and the Gospels. He wanted to do the whole Bible but died on 25th May 735 AD. There is a cross to his memory at Roker Point in Sunderland.

Mention must be made of one of our famous Kings - Alfred the Great. He was a man of prayer and of the Bible. Crowned King at the age of 22 he instituted great reforms and it was his desire that every youth should be able to red the Scriptures before studying any other subject. Imagine the effect that would have on today’s youth - society would be so different. He ordered a translation but did not live long enough to see it competed.

Of course the only Bible available to them was the Latin Bible of Jerome.

Now we have a gap of some 500 hundred years. It was 1066 and all that! And change began - Anglo/Saxon gradually changed into English. So by 1320 we find a boy was born named John Wycliffe. He was the first man to translate the Bible from Latin into English. It took 22 years and to hand write it took 10 months.

Someone estimated it cost £3,000 and once a load of hay was exchanged for a Bible. Wycliffe died at Lutterworth on 31st December 1384. He had organised a group of wandering preachers called Lollards. Following Wycliffe Richard Purvey and others revised Wycliffe’s Bible. Several copies exist to this day.

Then another great event in our history. A man called Guttenburg who lived in Mainz in Germany was the first European to print from moveable type and in 1454 his first book to be printed was the Bible. A few years later in 1476 William Caxton set up his press at Westminster and printed a Bible.

But the man who really made the difference  was William Tyndale. He was born in Gloucestershire in 1492 and by the age of 11 he could read Greek and Latin. He studied at Oxford and was the first man ever to translate the Bible not from the Latin but directly from the Greek. He did this under great difficulty as the then church did not like it. He had to work abroad in Europe in Cologne, Worms and Wittenburgh.. Eventually the Bible were printed and smuggled into England in bails of cloth and sacks of flour. The church was angry and thousands of Bible were confiscated and burnt at St Paul’s Cross in London. Tyndale also began on the Old Testament and translated the Pentateuch - the first five books of Moses - and Jonah. He was a man of exile, poverty and distress. He was eventually betrayed and burned at the stake near Brussels in 1536. As he was being burnt he prayed “Lord, open the King of England’s eyes”.

The King was Henry the 8th and God was faithful in answering William Tyndale’s prayer. But that will have to be next time on Bible Focus.